Why a Multidisciplinary Response to CSEC?

Before SEEN, young victims of commercial sexual exploitation in Massachusetts were rarely identified, rendering them statistically invisible. If recognized at all, exploited youth were frequently viewed as delinquents and treated as criminals. Victimized youth were unable to access or benefit from the supports and services they needed to recover and be safe.

Established in 2004, the SEEN (Support to End Exploitation Now) program of the Children’s Advocacy Center of Suffolk County (CAC) changed the way our community  responds to victims of child trafficking and commercial sexual exploitation by creating one of the first child trafficking multidisciplinary teams in the country.

The CAC and our partners took action and led an unprecedented effort to change the system. Focusing on cross-systems teamwork and collaboration, we created a first-of-its-kind, trafficking-specific multidisciplinary response model.

In collaboration with the Office of Former District Attorney Daniel F. Conley, SEEN partners drafted the Safe Harbor provisions of Massachusetts’s first-ever anti-human trafficking law that was enacted in 2012.

Milestones
Referrals of High-Risk & Exploited Youth
In This Section 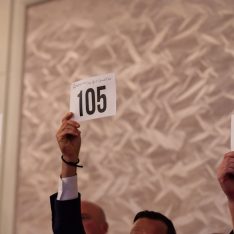